How to Get Healthy Soil for Healthy Plants 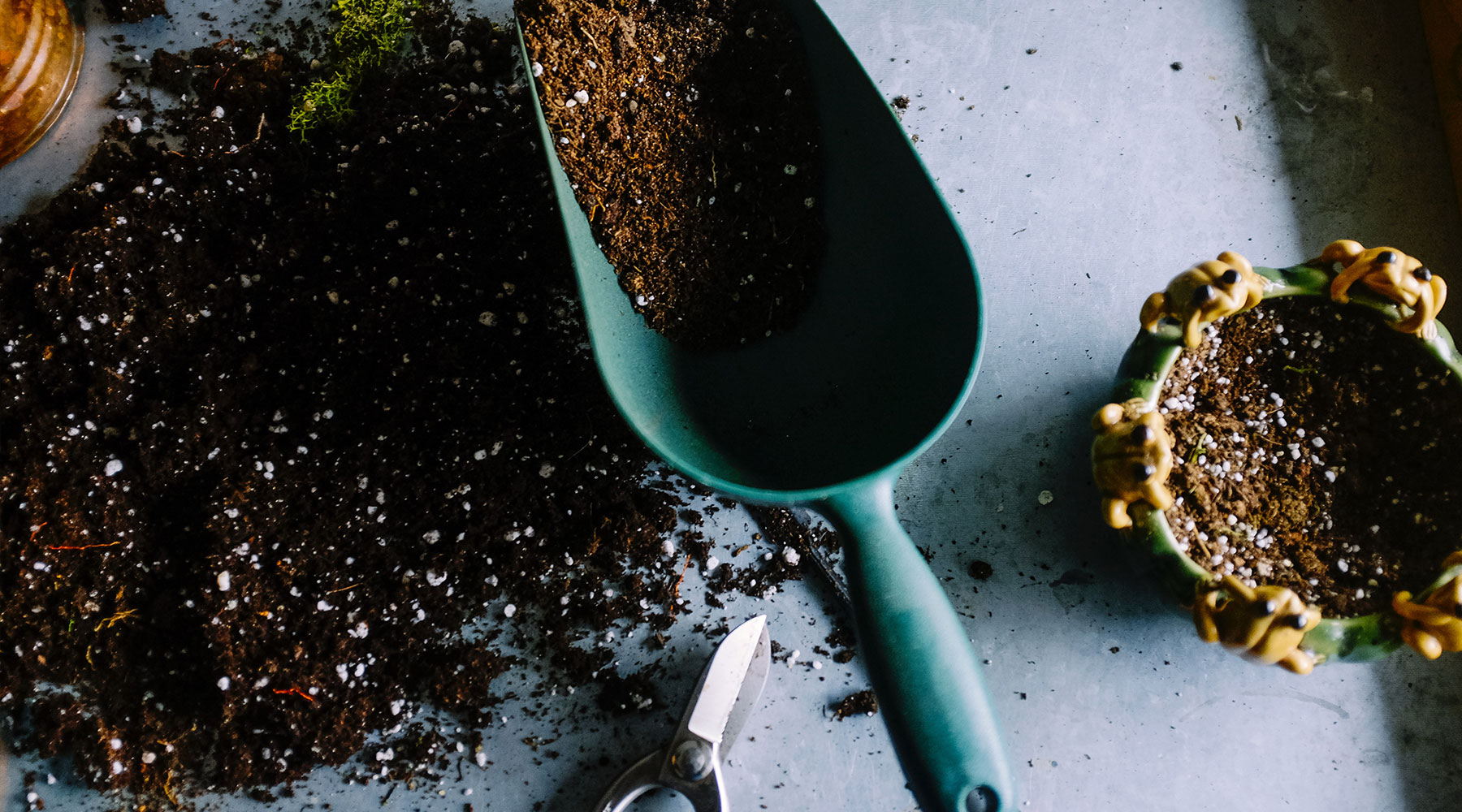 Why is Soil So Important?

There are many different types of soil. The differences arise from the type of parent material, the weathering and sorting processes that produced it, the types and numbers of organisms that live in the soil, and the plant communities on the surface.

But why is soil so important for the grower?

And why is good soil so important for the Indiana grower?

Job number one in improving Indiana’s infamous clay soil is to open up the pore structure to fix the drainage issues, so excess water can drain through, and air can penetrate deeper into the soil. The tiny, pancake-shaped particles of clay soils pack tightly, leaving little pore space. Clay soils drain poorly, and the air spaces between particles are often flooded or anoxic. Clay soils don’t breathe.

Most plants need air around their roots, not just water. Without air, roots sicken and die, while plant and soil pathogens thrive. Making annual additions of good garden compost or composted manure is one way of improving clay soil—the slow way. It will take 4-5 years, but it will eventually turn a clay soil into a nice clay loam.

In clay soils, organic matter improves the pore structure of the soil, increases drainage, and increases soil biodiversity by allowing aerobic processes to take place deeper into the soil horizon. At the extremes—a sandy soil that drains too quickly and a clay soil that doesn’t drain—you have to fix the drainage issues first, or nothing good can happen. But even at the extremes, adding organic matter is still the best way to improve garden soil.

The Science. In case you want to get really nerdy on the matter.

Soil Structure arises from the physical properties—the sizes, shapes, and composition—of the soil particles, and the way the life in the soil arranges them.

Bacteria are omnipresent. They’re the most successful organisms on the planet, with enough diversity to sustain toeholds in even the most extreme conditions, from hyper-acidic mine runoff to ocean thermal vents. Soil—soil is easy, for bacteria, soil is a vacation in the Bahamas.

Bacteria are also sticky. They release glue-like (“colloidal”) substances so they can stick to their food source, and bind soil particles around them to hide from predators, forming microscopic clumps, or micro aggregates. The gaps between are called micro pores. The hyphae of soil fungi then thread their way through and around these micro aggregates, binding them into soil aggregates, or larger, variable clumps, with channels known as macro pores in between. Water, air, and roots pass through these channels.

Macro pores and micro pores work together to regulate water availability for plants. Excess rainfall drains through the macro pores into the subsoil, but the micro pores retain soil water that plants can later draw on.

WHAT TO DO NEXT? Add Organic Matter to Your Soil

When improving garden soil with bulk soil amendments like Altum’s Soil Amendment (1 cubic foot bag) or Elements Fertilizer, plan on adding a 3-4” layer to the soil surface, and mixing it into the soil before planting. The first year or two after starting a garden, you’ll want to lay down at least a 4” (10cm) layer, and cultivate it in. Many gardeners make the mistake of leaving soil amendments on the surface, instead of mixing them in. If it’s left on the surface, it’s not a soil amendment, it’s a Mulch. Mulches have their own benefits, but for improving garden soil, the particles have to be in contact with soil organisms, so mix them into the soil.

For best results, we recommend all-natural soil amendment products we’ve researched and believe in, including Altum’s Soil Amendment orElements Fertilizer. And if you have any questions about how to use soil amendment, how much to use and the best way to incorporate it into your garden beds, stop into the garden center and ask any of our friendly growing experts, email us, call us or you can even live chat with us! Your success is ours.

Pretty pots for fall (and all year) without trying

We are busy preparing for the Fall Season, but thi

Fall: it’s all rich in color, abundance and acti

Our Open-Air Market will be closed for the month o

Cooler temps are on the way! The rain from this we

The Summer Clearance Sale continues for a few more